After a three month shipping fiasco, the cash register has arrived! These photos are from the eBay auction. 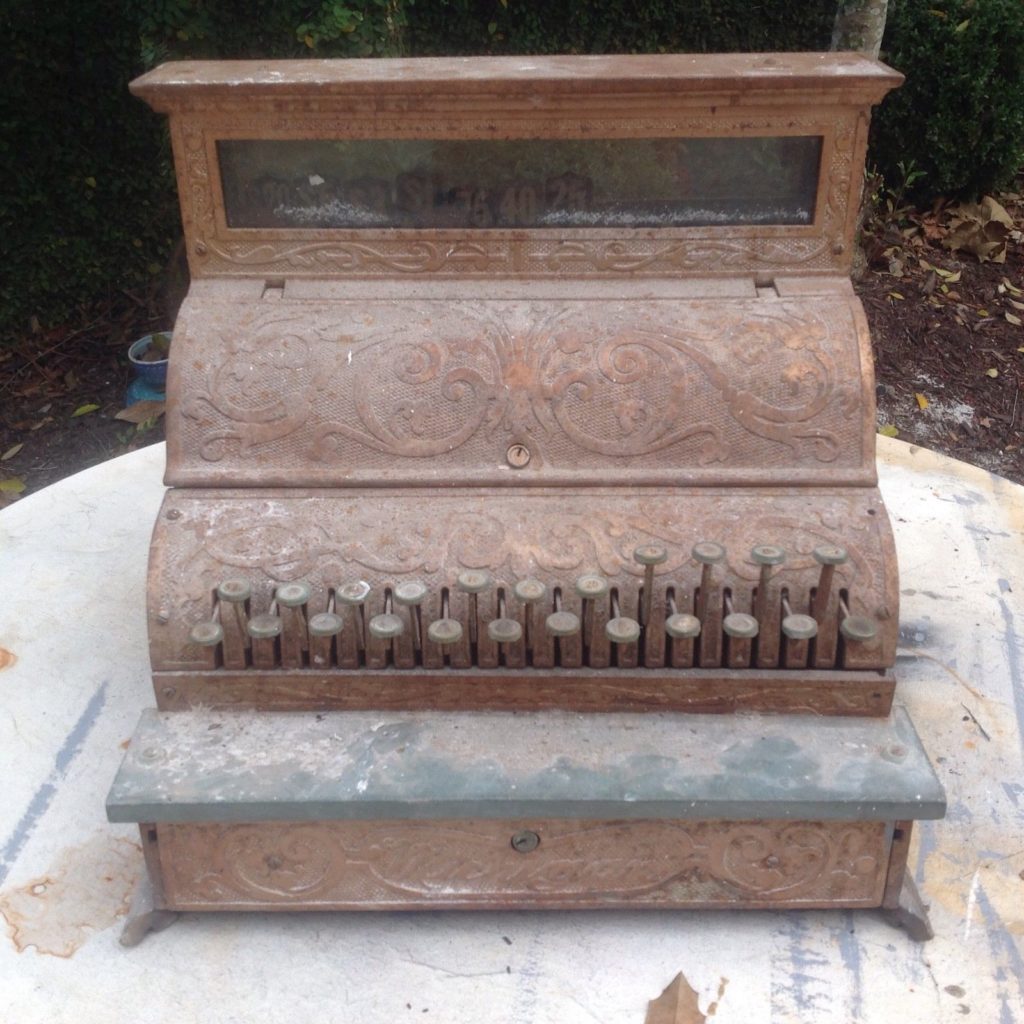 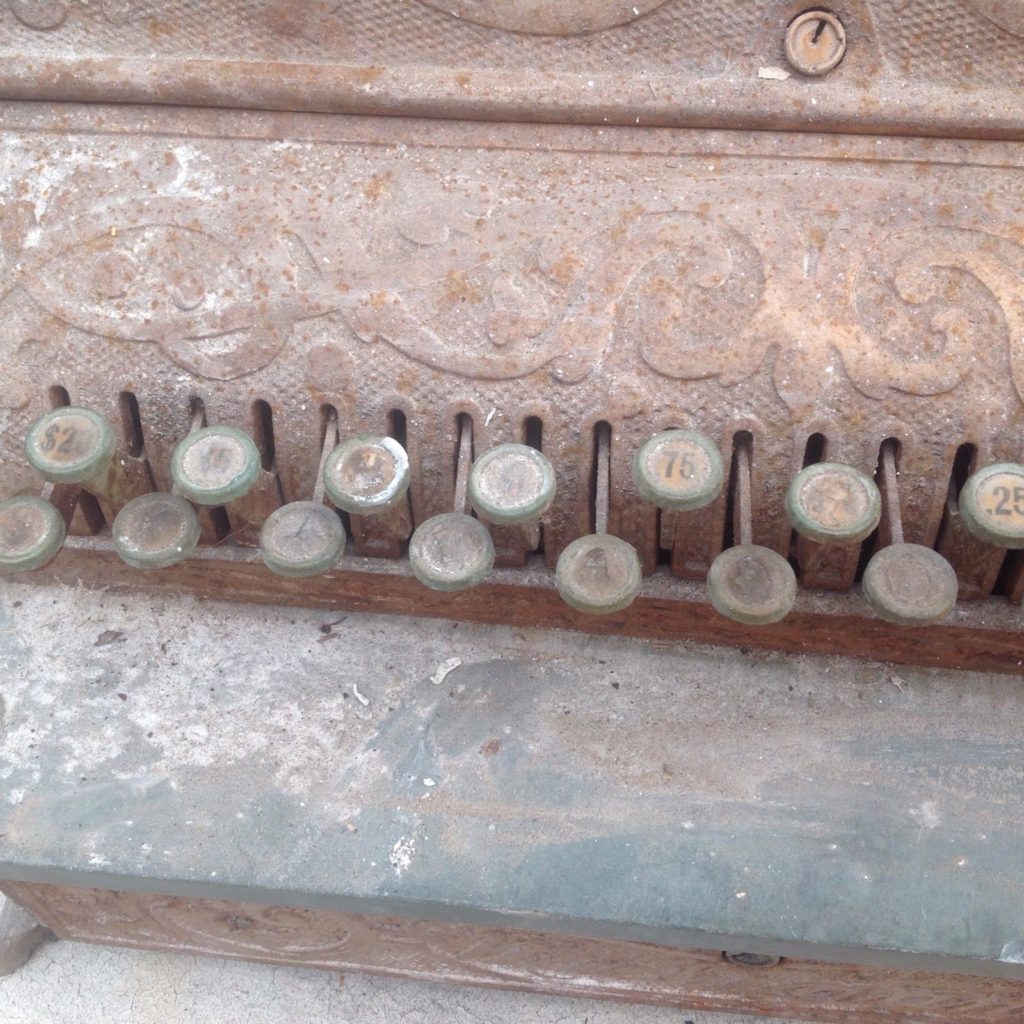 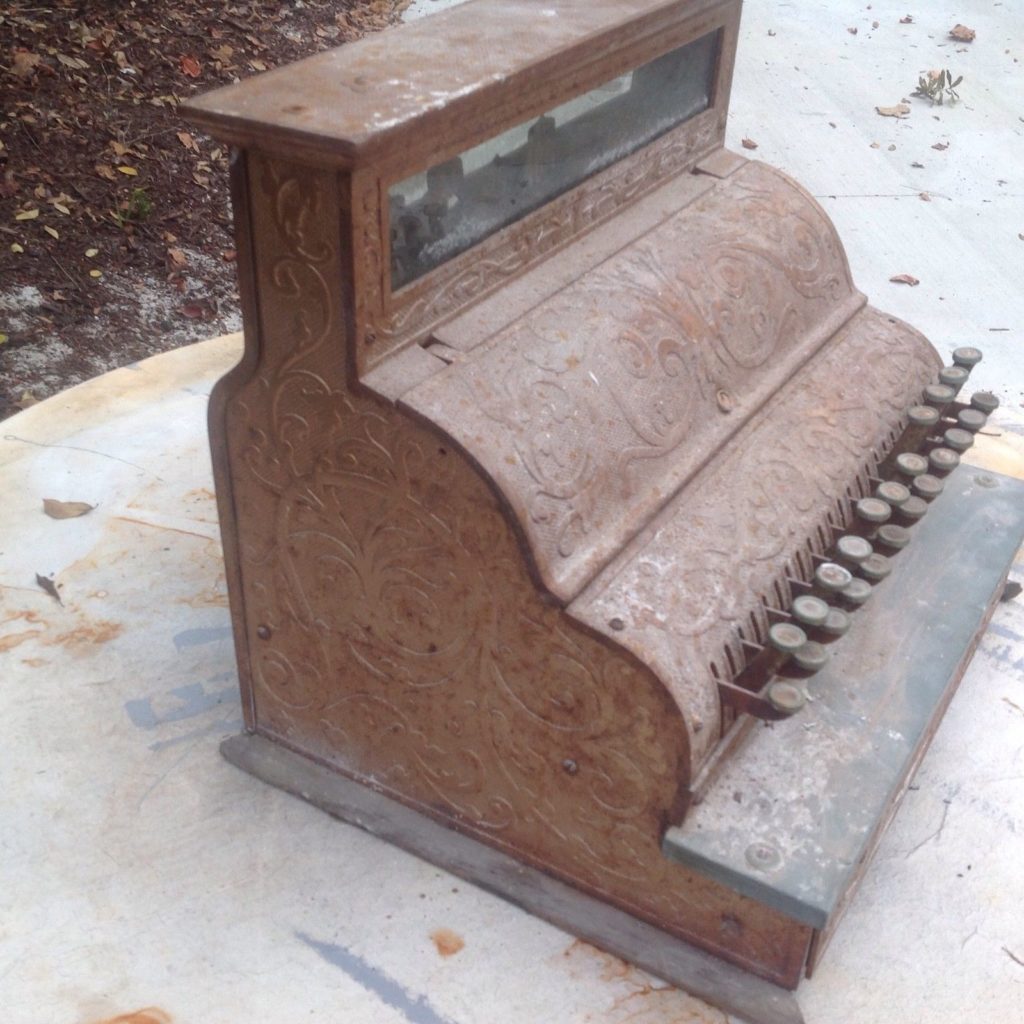 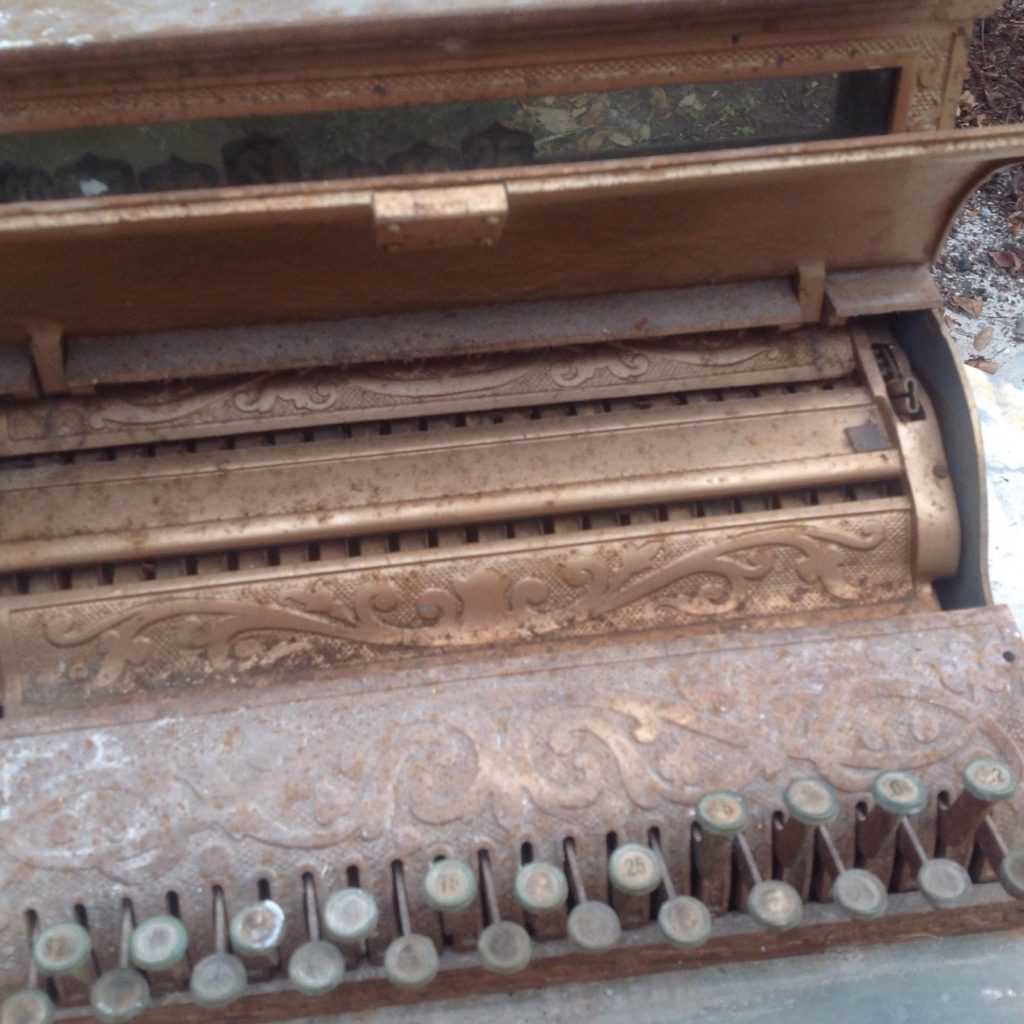 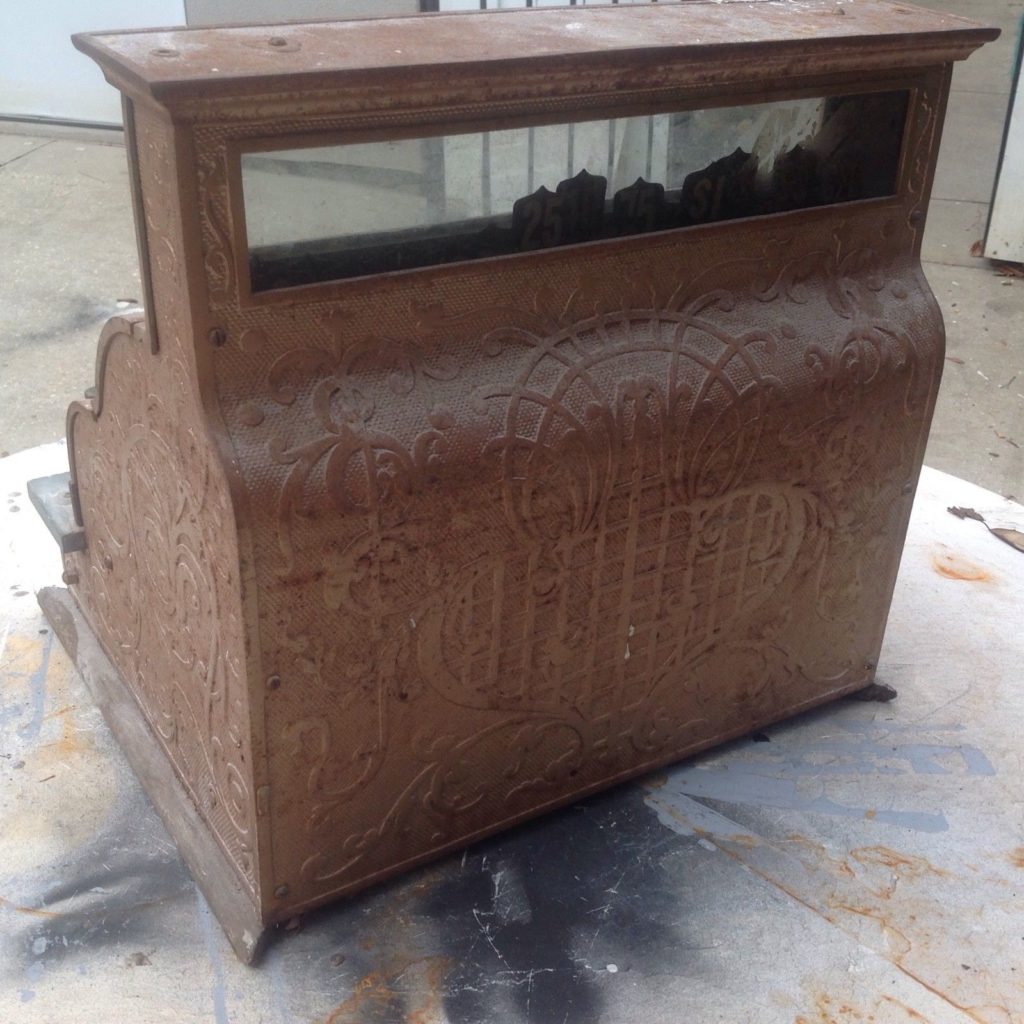 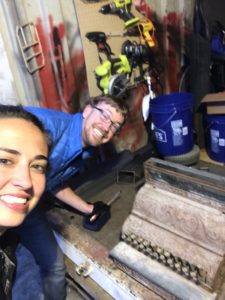 The only tool required was a flat head screwdriver. We started by removing the glass and exterior casing. We believe the outside case to be cast iron with a copper finish, which is nearly entirely eaten away.Once we broke into the machine, we found a rust-locked, spider filled challenge. 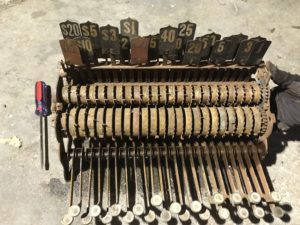 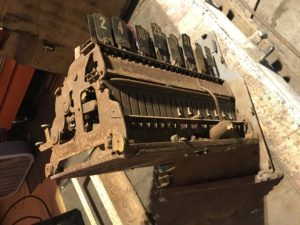 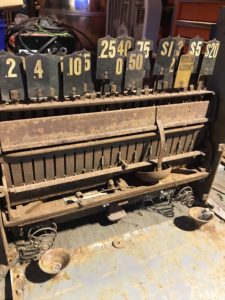 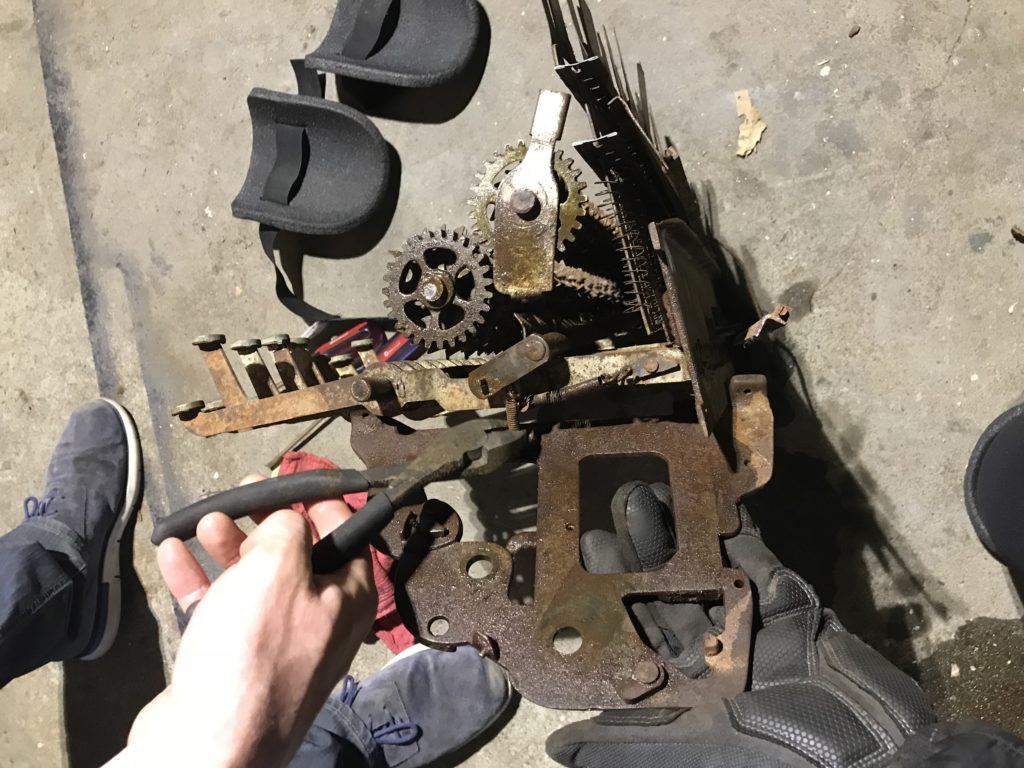 Cutting a frozen spring that was holding the edge of the assembly on. 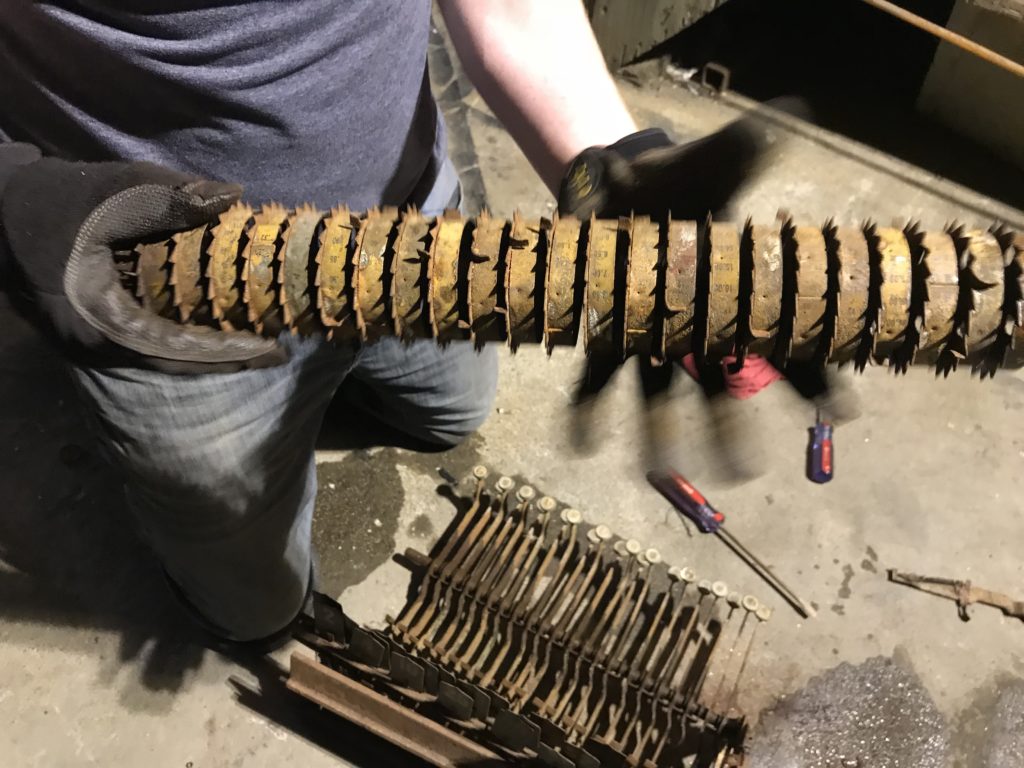 The wheels had lithographic images on them showing the calculations. Looks like it’s photo paper glued on. I don’t think it will survive the rust removal – we’ll find something to replace it with. 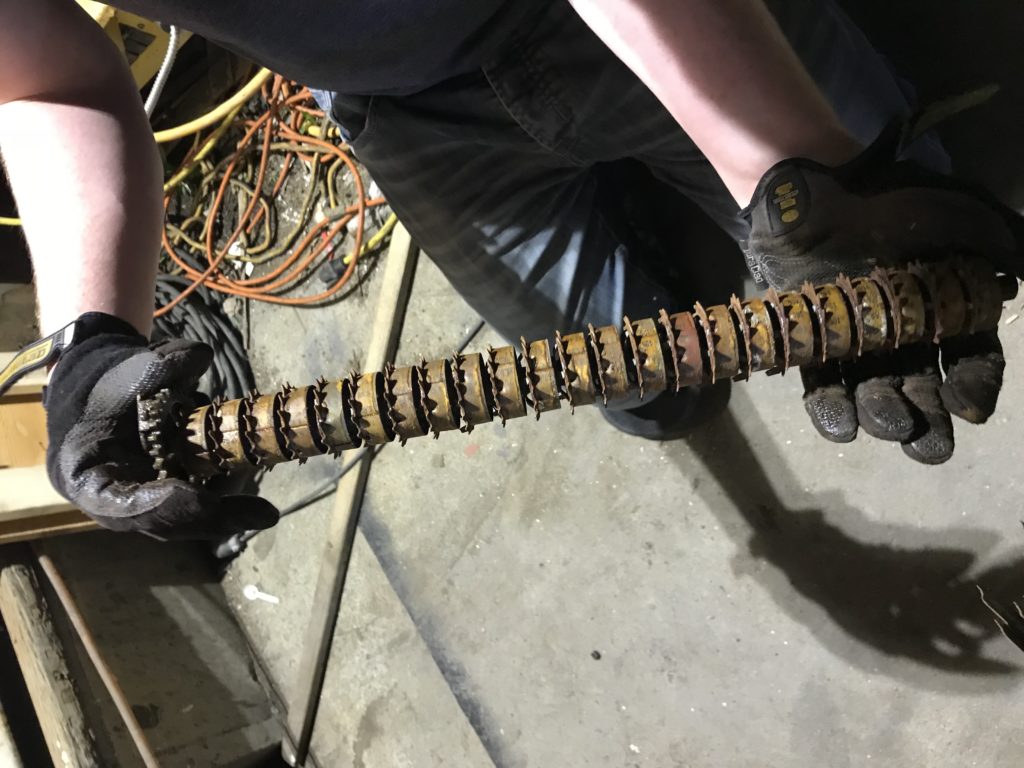 This is the smaller of the two adding wheels.

We were originally considering using a acid bath to clean the rust off, but Our Friend Sam yelled at us and said despite all the YouTube Videos that make it seem like a good idea. The issue is pitting which destroys the surface (which I guess rust does as well). Sam suggested a 50/50 mix of WD-40 and Automatic Transmission Fluid to clean up our parts. While at Home Depot we discovered WD-40 Rust Soak which has had some pretty great results so far.